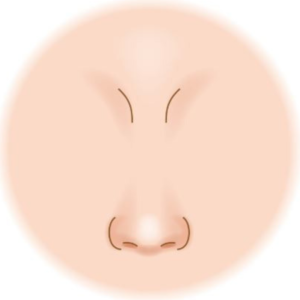 The Asian nose is blunt with soft tissues on the nose tips instead of the idealised version of the perfect nose being sharp and slightly lifted. As such, many have chosen to undergo nose tip surgery to get their desired nose. A beautiful nose can be achieved by opting for surgery; it can be done in many ways – by suture of the cartilage, nose cartilage transplantation or erecting pillars of the nose.

The insertion of nose pillar support fixture surgery is commonly done to sharpen the tip of one’s nose. A sharp and high nose can be created by inserting a support fixture using and stitching the nose cartilage and inserting it into the ear cartilage.

The support fixture of the nose pillar will then maximise the effect of rhinoplasty. With the addition of it, the angle between the nose and lips will become more appealing and will maintain the result of a lifted nose tip in the long-term. 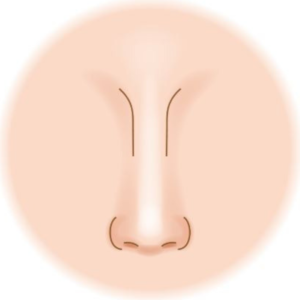 The common problem individual patients complain about is noticing a curved portion at the middle of the nose bridge between the bone and cartilage of the nose. Once there is a noticeable protrusion in the area, as mentioned above, one is recommended to undergo surgery to smoothen and correct the affected area.

Several types of implants are used to bring out the patient’s desired results, such as silicon, gore-tex and rib cartilage. Silicon is usually recommended as it produces close-to-perfect results and is easily removable (if need be) instead of gore-tex, which is harder to remove. Rib cartilage is often sought after as it may result in warping of the nose and absorption into the body – making it last for a shorter period.

As such, Zoe Medical recommends general rhinoplasty to correct mild protrusion from the bridge of the nose. 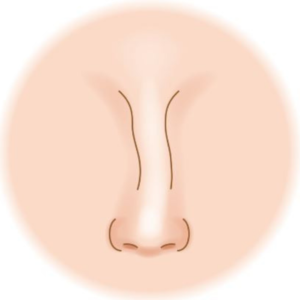 Often caused by a deviation of the nasal septum or a deformity of the nasal bone and cartilage, a crooked bone is not an uncommon issue within our patients. Nasal septal deviation is due to a displacement of the internal nasal septum.

More often than not, patients with nasal septal deviation have symptoms like nasal congestion, inflammation of sinuses and possible infections. A crooked nose is caused by a deformity of the external bone or cartilage, appearing to be more complicated due to both bone and cartilage involvement, making it a common problem.

The functional considerations when correcting a bent or crooked nose are important as a crooked nose can be corrected in a way where the bent nose is fractured to be positioned centrally. Then the cartilage of the external bent nose will be peeled off and corrected accordingly as opposed to the correction of a bent nose, where nasal septal deviation surgery will be done in a way where the bent part of the nasal septum in the nose will have to be incised and positioned centrally.

Patients with a severe degree of nasal septal deviation will undergo a procedure where the incised nasal cartilage is fixed onto the bent part. Patients will initially feel minor irritation during the procedure. After which the bridge of the bent nose will be incised and corrected accordingly. However, if the degree of bending is not severe, patients will undergo a simple redressing instead of implementing the bone fraction to achieve their desired results. 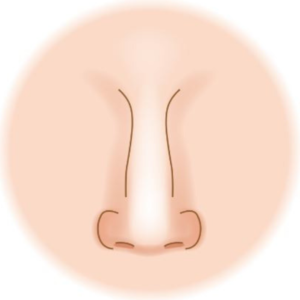 The hooked or beaked nose, also known as the Aquiline or Roman nose, is mainly a nose with a protruding middle section. An aquiline nose job is a form of rhinoplasty surgery that helps patients correct their nose. The scar-less procedure usually involves separating nasal bones and cartilage from facial bones to correct the patient&#39;s nose size and sharp. Patients will achieve a nicer-looking nose, and strong and straight nasal bridge, as opposed to a nose with a hump by undergoing surgery.

The correction process will be done with spreader grafts to reconstruct an internal nasal valve that may have deteriorated. Spreader grafts are often made from a patient’s septal cartilage and are placed on either side of the septum. These grafts are important to prevent mid-nasal collapse and restore airflow throughout the nose. 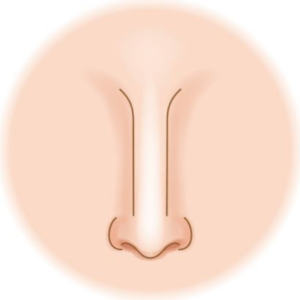 Unlike a short nose, an arrowhead nose has a very long septal cartilage or wing flap that is excessively drooped. As such, many patients opt to undergo surgery to fix their arrowhead noses. The surgery aims to raise sagging cartilage and fix it to make it shorter and give it a sharp tip for a softer appearance.

Surgical procedures of the nose are performed by our partner specialist from ENT and Facial Plastic Surgery. 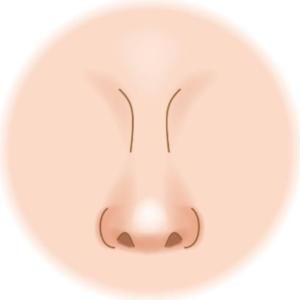 Patients with a big and blunt nose, naturally have nostrils that are too wide, a spread out cartilage in the nose tip, and have too much fat and skin tissue on the nose tip. By undergoing surgery, ones nose tip will be well-refined – causing the overall appearance of ones face to have a perfect balance.

This surgery reduces the size of the cartilage in the nose tip, and incises the excess soft tissue that is accumulated inside the nose. Through this correction, the roundish blunt nose can be changed into a distinctive and sharp nose. The procedure will include reducing size in the nose tip by incising excess soft tissues accumulated in the nose. Through this correction, the bulbous nose will be changed to look distinct and sharper.

Asians commonly choose rhinoplasty that lifts up a droopy nose, whereas Westerners usually reduce the size of large noses. Long nose correction can be done. This surgery is closely related to hooked nose correction.

The procedure will ensure the reduction of nasal bone and cartilage. To achieve the reduction of nasal bone size, the height and width of the nose should be reduced correspondingly. Lowering the nose height requires the removal of underlying bones and cartilage to rearrange the nose. This will then ensure a newly-shaped structure for a proportionate look. Long-nose surgery tends to be more complicated than a regular rhinoplasty operation.

All surgical procedure of the nose are performed by our partner specialist in ENT &amp; Facial Plastic
Surgery.

The length of a nose is determined by the perceived distance from its starting point at the nose’s root, between the eyes and down to the tip-defining points. A short nose often involves an overly- rotated, upturned tip that brings the points closer to the nasal root.

Short noses can also be caused by a low radix, leading to a lower nasal starting point at the root of the nose. As such, radix grafting will be used to raise the nose bridge and lengthen the nose. A typical procedure done during rhinoplasty surgery is removing a dorsal hump or bump from the bridge.

It is also wise to note that if the upturned nose caused by previous surgery, the existing scar will need to be released to allow movement of the tip in a less rotated position. If the patient has done a similar surgery prior, it is advisable to allow a balance for the revision surgery.

This will enable the post-operative tissue swelling to settle down and nasal skin to relax instead of the shrinkage of the nasal skin – making it difficult to stretch over a newly constructed internal nasal framework. Additionally, several cartilage grafting techniques can be used to create a proper internal nasal structure, allowing a rhinoplasty surgeon to counter-rotate the nose to maintain its shape.

All surgical procedure of the nose are performed by our partner specialist in ENT &amp; Facial Plastic
Surgery. 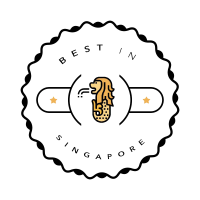